Yesterday (January 18), Milo and her co-stars from This Is Us attended the 2017 Winter Tour TCA. I have added high quality photos from the arrivals along with speaking at the panel. Enjoy! Dan Fogelman has said in next week’s episode we will learn more about Jack’s death.

“Next week’s episode is a big episode,” creator Dan Fogelman reavealed on the show’s panel during the 2017 TV Critics’ Association press tour when asked when we’ll learn more about the loss of Jack. “Next week is a big week, and then we have a while to go in the big picture.”

“Slowly but surely you’ll learn when, then much later how, and then you’ll see it, but that will take, hopefully, many many episodes,” Fogelman continued.

He explained that Jack and the family’s loss of Jack is the “hinge” of the series.

“The needle we have to continue to thread is sparsing out information so it never becomes too frustrating for people,” he told reporters. “There’s a before and after for this family. Even in the pilot, even before you knew there was anything off with Jack, there’s a hinge in this family, and it’s kind of a before with Jack and an after. That will be really interesting in future seasons and as we go forward, to show where that hinge was, how it happened and what happened to these people before and after it.”

“I knew from the very beginning that Jack was deceased,” Ventimiglia told a small group of reporters after the panel. “I think it fits very much into my ethos—Jack doesn’t know when it’s coming, though I know when Jack’s end is coming. We don’t know when any of us are going to close out on life, so I go back to Jack fundamentally. He wants to be a good husband, he wants to be a good father, he wants to enjoy the time that he has with the family that he’s made.” (Source) 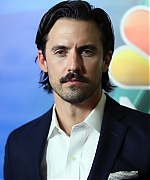 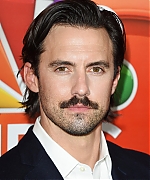 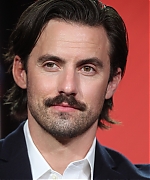 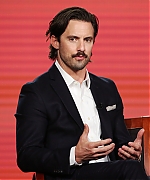 ‘This Is Us’ Renewed for 2 More Seasons