Milo Ventimiglia Talks This is Us Character Jack’s Death , Fatherhood and His Future on the Show 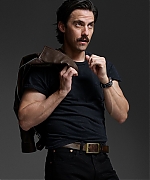 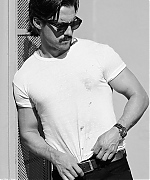 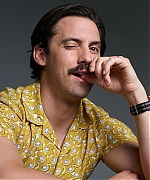 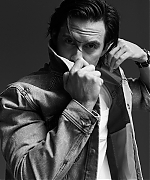 ESQUIRE – Milo Ventimiglia knows that America has been waiting months to watch him die. As Jack Pearson, the steadfast, selfless patriarch of NBC’s critical and commercial smash This Is Us, Ventimiglia has become TV’s most beloved dead man walking. Thanks to the show’s multiple timelines, we’ve known since early in the first season that Jack does not live to see the 21st century, and that his wife Rebecca (Mandy Moore) and adult children Kevin (Justin Hartley), Kate (Chrissy Metz), and Randall (Sterling K Brown) remain haunted by his untimely death. In tonight’s long-awaited, long-dreaded episode—so shrouded in mystery that NBC did not even release its title ahead of time—we finally saw the events of Jack’s death unfold.

When Ventimiglia called me in the early hours of Monday morning, moments after his post-episode appearance on The Tonight Show with Jimmy Fallon, I did my best not to cry. Like millions of viewers nationwide, I was still processing the revelations of “Super Bowl Sunday”: that Jack did not perish in the fire that consumed the family home, but died a few hours later from a heart attack, resulting from complications from smoke inhalation.

“He sacrificed himself without even knowing that he was doing it,” Ventimiglia said, noting that Jack went back into the burning house to save not just the family dog, but also a collection of precious family possessions. “He was pulling memories out of that house.” It’s a pure, cinematic hero moment: Jack comes striding out of the house, soot-covered but beaming, clutching both the dog and his family’s memories.

His death in the hospital, by contrast, is quiet and awful, so sudden that Rebecca flatly disbelieves the doctor who delivers the news. The decision not to show Jack’s body directly—we see it reflected in a glass window, fuzzy and distant—was important for Ventimiglia. “I truly believe that nobody wants to see this man laid out in front of them,” he said, “and seeing Mandy’s reaction, slowly understanding that her husband is gone, is such a powerful moment, without needing to get into the gore and darkness of what death is.”

That may be cold comfort for fans, but Ventimiglia was also quick to note that Jack’s death does not mean he’s going anywhere. “I’ve been dead from the get-go,” he pointed out, “and though we’re now showing the death, we’re still gonna be bouncing around in different timelines. This is not the end of Jack.”

I first spoke with Ventimiglia on the Friday before tonight’s episode aired, a day that he spent “trying to prep for the bloodbath of this weekend.” He wasn’t referring to football, though the fateful house fire that kills Jack does in fact take place on Super Bowl Sunday in 1998, an extra twist of the knife for the Steelers-loving Pearson clan. “One of Jack’s favorite days,” Ventimiglia said wryly, noting that showrunner Dan Fogelman had planned on this date from the beginning and has teased out a series of clues about the timing and manner of Jack’s death throughout Season Two.

Read more at the source
written by Emily on February 07, 2018 under